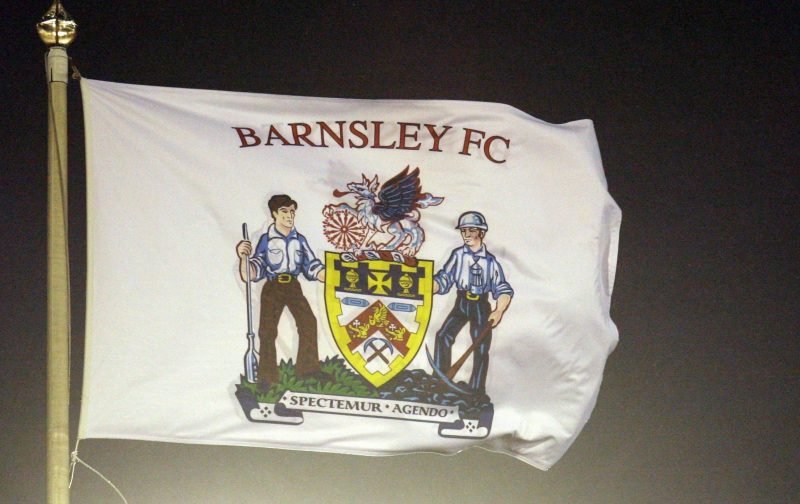 The super reds virtually secured a play-off spot as Daryl Dike came off the bench to score an acrobatic overhead kick to give Barnsley a 1-0 win away at Huddersfield. A huge win as Reading could only draw meaning the reds are six points clear of seventh with three games to go.

Ismael again made changes to the side after that disappointing defeat on Sunday against Coventry. Sollbauer, Frieser and Morris coming in for Sibbick, Chaplin and Dike.

Barnsley started brightly and went on the attack right from the off with some good passing play. The reds worked it out to Brittain who crossed towards Frieser on the back post.

He headed his effort towards goal but it was blocked and cleared. There were appeals for handball against the defender but nothing given.

Huddersfield struck back in what was a fast paced opening to the game. A clever corner routine saw a short pass played to O’Brien who clipped it in to Sanogo but his header was tame and easily saved.

Barnsley then went back on the offensive and they countered with a ball over the top. It was flicked on by Sarr which played Woodrow onside.

Woodrow ran to keep the ball in before coming inside on his left foot before firing a shot wide of the far post.

It was again the turn of Huddersfield to threaten, a ball forward was missed by Helik and Koroma ran through at pace. However, before he could shoot Sollbauer raced back and slid in brilliantly to deny him. A terrific challenge from the defender who was recalled to the side for this one after a few games out of the team.

The best chance of the game so far then fell the way of Barnsley. Woodrow beat Keogh on the right hand side and he picked out Frieser but his effort was poor from close range and Schofield was able to gather with ease. He got no power behind his toe poke, if he had it would have certainly troubled the keeper. However it was his poor first touch that meant he had no other option but to try the toe pod. A better touch and he would have still had the angle to pass again to Morris who was in a better position to shoot.

The final chances of the half both fell the way of Mowatt but the Barnsley captain was unable to take any. The first was a free kick from twenty yards out or so. The strike was good but was the wrong side of the post and hit the side netting.

The second chance was much closer in and a much easier chance but the skipper blazed this one over the bar.

Morris had been slipped in down the left and the striker cut back before sliding the ball to Mowatt in the area near the penalty spot but his shot was well over.

A 100 mile an hour first half ends goalless. Barnsley weren’t quite at their best but it was much better than at Coventry and when the reds play like this you know there will be an improvement in the second half as well. That made even more likely with Dike replacing Frieser just before the break.

Barnsley again started brightly after the restart and were on the front foot from the off. Woodrows deflected shot from the edge of the bar flashing narrowly over the bar for a corner.

Barnsley continued to push with Styles, Morris and Woodrow all having efforts as they pushed forward in search of a goal.

Barnsley were rewarded for their bright start to the half when they took the lead with just over an hour played. Brittain won the ball with a perfectly timed sliding challenge to stop a Huddersfield counter before finding the lively Morris on the left.

The striker drove at the defence beating his marker before clipping a cross towards the back post. The ball took a deflection and spun in slowly in the air and was allowed to bounce in the area but Dike reacted quickest with a fantastic overhead kick which beat the keeper from 6 yards out.

Somehow Barnsley failed to add to the lead soon after when Morris and Helik were denied in quick succession by Sarr on the line and then the bar.

A Mowatt free kick was mis-judged by Schofield in the goal and Morris looped a header towards the empty net but Sarr was in the right place to head it away. The ball was put back across and Helik volleyed towards goal from point blank range only to see his effort rattle the bar.

They were nearly made to pay for this miss as soon after Huddersfield had their best chance of the game. Sollbauer couldn’t get a toe on a low cross from the right and O’Brien controlled in the box but his shot was straight at Collins.

Again Barnsley came close when Styles fired just wide from the edge of the box before again Sarr somehow denied Barnsley with yet another goal line clearance.

Styles floated in a corner which Woodrow headed towards goal, Sarr was there to nod it off the line before Sollbauer’s follow up was deflected just wide of the post.

Hogg then almost gifted a second to Barnsley when he under hit a back pass towards his keeper. Dike looked to profit as he tried to knock it round the keeper but Schofield got there just in time to block the effort.

Huddersfield’s best chance to snatch a point was snuffed out again by the impressive Sollbauer as he slid in well to stop Aarons getting in down the right.

How Barnsley only scored one in that game I will never know. One thing of note as well is how good we look with Woodrow, Morris and Dike all on the pitch at the same time.

Another derby with Rotherham next up on Saturday.